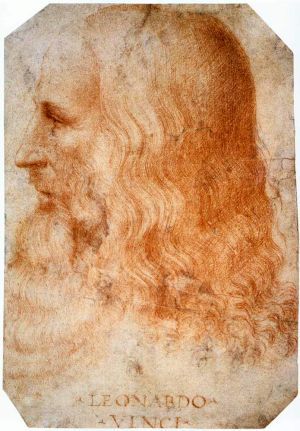 It is difficult to digest so many revelations in a single afternoon. I am sitting at the back of the room inside Arenys de Munt City Hall, Barcelona province, which is hosting the 14th Symposium on The Catalan Discovery of the Americas.

Over the last five hours, I have been informed that Christopher Columbus, Miguel de Cervantes, Leonardo da Vinci, Amerigo Vespucci, Hern√°n Cort√©s and many other leading historical figures were all really Catalan.

The disclosure comes courtesy of the Institut Nova Hist√≤ria (INH), a research institute whose main working theory is that Catalan history has been systematically ignored and altered by the Castilian powers-that-be from the 15th century onwards.

The group, which receives subsidies from the Catalan government, claims that the discovery of the Americas was entirely the work of Catalans and that all the major Spanish-language writers of the era, including the author of Don Quixote, were really Catalans who were later passed off as Castilian as part of a massive conspiracy against Catalonia.

Once viewed as a fringe group of eccentric nationalists, the INH has gained a wider following in recent times. There are 107 scholars working within its orbit to find clues about Catalan identity in the past. In 2010, a foundation controlled by the INH received a regional grant of ‚Ç¨3,200.

Institute President Albert Codinas and its most media-savvy member, Jordi Bilbeny, make regular radio and television appearances in Catalonia. This year they were interviewed about their film Desmuntant Leonardo (or, Deconstructing Leonardo), which seeks to prove that Leonardo da Vinci was really Catalan because his coat of arms bore the three bars of the House of Naples, ‚Äúthe Catalan royal house.‚Äù

What‚Äôs more, his Mona Lisa was in fact a portrait of Isabel of Aragon, daughter of the Valencian Ferran of Naples (for the INH‚Äôs purposes, Valencians are Catalans as well). And the mountains depicted in Da Vinci‚Äôs paintings are the peaks of Montserrat, claimed Bilbeny during his lecture.

While the Spanish media has often poked fun at the INH‚Äôs theories, there are those in Catalonia who have embraced their revisionist ideas. Manuel Cuy√Ýs, who wrote the memoirs of former regional premier Jordi Pujol, one of the founding fathers of modern Catalan nationalism, accepts that Columbus was a Catalan and that Miguel de Cervantes‚Äô real name was in fact Miquel Sirvent.

Subsequent lecturers claimed that Christopher Columbus was received by the Catholic Monarchs in 1493 inside the building that now houses the Catalan executive, and that a book published in Prague in 1505 states that explorer Amerigo Vespucci, from whom America takes its name, traveled to the new continent in the name of ‚Äúthe king of Catalonia.‚Äù Vespucci, it appears, is a distortion of the Catalan surname Despuig.

Symposium guests were given a chance to learn more about these issues by purchasing related literature at two stands located near the door. Besides work by Bilbeny, there were many books defending alternative medicine, including some claiming that AIDS is not a real disease but ‚Äúa publicity stunt made in USA that needs to be debunked.‚Äù There was also information explaining how cancer had been blown out of proportion with the goal of making more money.

Sitting in the crowd was Josep Mir, a 30-year-old computer scientist who works in Hamburg but came to listen to a friend who was delivering one of the lectures. Mir believes that there are parallels to be drawn between Spain‚Äôs attitude to the INH and its attitude to Catalan independence.

‚ÄúSpanish intellectuals laugh at this now, but later they will acknowledge the shock, and finally they will resort to arguments,‚Äù he noted. ‚ÄúJust like with independence.‚Äù