The HPÂ 95LX had anÂ NEC V20 CPU (anÂ Intel 8088 clone running at 5.37Â MHz) with anÂ Intel Corporation System on a chip (SoC) device. It cannot be considered completely PC-compatible because of itsÂ quarter-CGA (MDA)resolution LCD screen.[7] It ranÂ Microsoft's MS-DOS versionÂ 3.22 and hadÂ Lotus 1-2-3 built in. Other software inread-only memory (ROM) included a calculator, an appointment calendar, a telecommunications program, and a simple text editor. It also included aÂ CR 2032 lithiumÂ coin cell for memory backup when the two AA main batteries run out. For mass storage, the HP 95LX had a singleÂ PCMCIA slot which could hold a staticÂ RAM card (which had its ownÂ CR 2025 back-up coin cell). AnÂ RS-232-compatibleÂ serial port was provided, as well as an infrared port for printing on compatible models of Hewlett Packard printers.[8] In character mode, the display showed 16 lines of 40 characters and had no backlight. 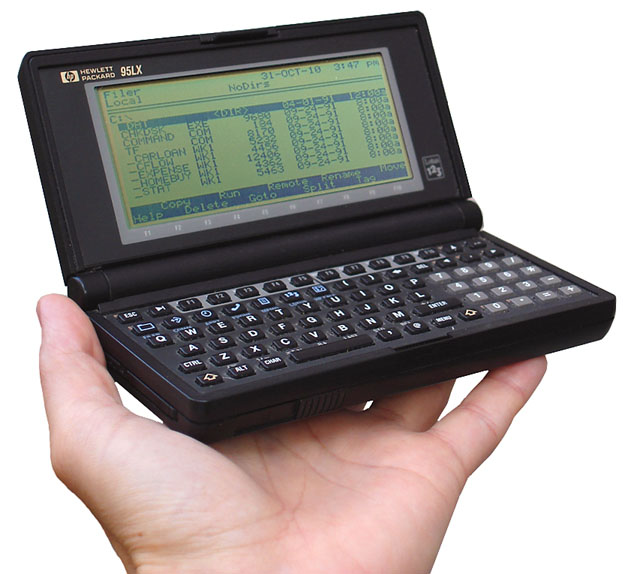 It's never been easier to carry critical information with you, around the world or across the hall.Â

In 1991, Hewlett-Packard and Lotus joined forces to bring you the world's leading PC application, Lotus 1-2-3, in a palmtop PC.Â

In addition to having Lotus 1-2-3 (a text-based spreadsheet program) built-in, the HP-95LX also includes a calculator, an appointment calendar, a telecommunications program, and a simple text editor.Â

The optional Connectivity Pack, which includes a serial cable and a software application, allows the HP95LX to exchange data with a desktop PC. You can create schedules, phone lists and memos on your desktop PC, then transfer them to your HP-95LX for use 'in the field'.Â 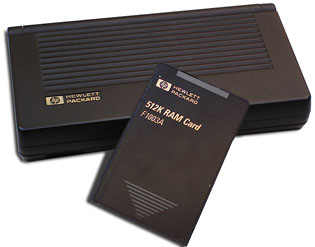 The HP-95LX is a true palmtop - very tiny and light-weight, at 6.5 x 3.5 x 1 inches, weighing only 10 ounces. It was the most popular palmtop of its time, and is almost certainly the smallest MS-DOS computer ever.Â

TheÂ Atari Portfolio was realeased two years earlier, but it did not really run MS-DOS, it ran DIP-DOS, an MS-DOS clone OS.Â