Voltaire, Tacitus and the Catalauni

In my opinion as editor of┬ĀLa vaca cega", for the moment, we should┬Ā leave aside if the catalauni existed before the Romans (although it can be glimpsed)
It's obvious that the historians, placing the battle of the Catalaunic Fields in Ch├ólons-en-Champagne, have tried to separate them from those Fields in Aquitania, thus situating them away from Catalonia, and as a consequence tried to mask the origin of Occitan-Catalan language.
I will always defend that there were some people all over the wide Catalauni Lands (Belgica and Aquitania) with a common language (proto-roman├¦) that did not come from Latin, although with some influence from this language,┬Ā and from others, as has existed between Latin the German languages like English, etc.., the problem is that being an "only spoken" language , we have no documents until the VI-VIII centuries, (leaving Fomenko apart). You may add to our own article from 2013 "Tacitus, Voltaire and Catalonia", the entry from the Dani's blog: " the 'catalauni' are the Catalans, according to Fabien R├®gnier and Jean-Pierre Drouin "on April 27, 2020.
________________________________________
Voltaire refers┬Ādirectly to a citation made by Tacitus about the Catalauni,in 100 AD, pointing without hesitation to the actual Catalan Nation (Caius Cornelius Tacitus 56-118 aC.). What will Mr. Baydal say? That Jean Marie Arouet had no vision of history, negating what him and Tacitus said (acting as a true "Duo Din├Īmico") that Catalauni means Catalan?

1.- Leaving apart the fact that Julius Caesar never cited the Catalauni, this book talks about the path followed by the huns towards the Catalauni Fields destroying Lugdunum (Lyon) descending beside the Rodanum going to Cathaloniam, therefore they are talking about some Catalaunian Fields close to the Rodanum far away from Chalons en Champagne in the Gallia Belgica.

French historians Fabien Regnier and Jean-Pierre Drouin, in his book┬Ā The Fondateur peuples ├Ā l'origine de Gaul (2012), they certify that we analyzed in several articles on this site: the people of┬Ācatalauni corresponds to the current people of the Catalans and are the founders of today's Catalonia, a fact that "pre-dates" the history of the Catalans back for one thousand years or more.

They tell us that very clearly at various points in their study. For Fabien R├®gnier and Jean-Pierre Drouin, Gallic people such as the┬Ā Catalauni , who had settled in the Marne River area, tended to a territorial stability and did use to mass migration if it was not for reasons of force majeure. That is, they were not essentially nomadic peoples.

However, according to the authors, the arrival in their territories of the Belgian Welsh people, coming from the Danube area, altered the balance of the Marne area and caused the mobility of this and other Gallic peoples. The┬Ā Catalauni had to expand to north and south, to establish new colonies. And it is in this context that the Catalaunis or┬ĀCatalans would have arrived in the peninsular lands and would have founded the present Catalonia. 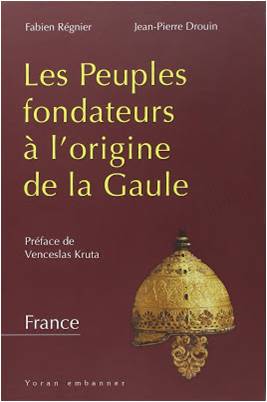 Analyzing what the authors say in their own words we have the following:

ŌĆ£[These peoples, in reference to the Gauls] were in no way nomadic and only migrated en masse when they were sometimes forced there by circumstances beyond their control. "The best known example is the Helvetii (58 BC), but we can also cite the 'catalauni'."

And they specify on the┬Ā catalauni that were located in the zone of the Marne river before the Belgians arrived and who were put under the┬Ā remi , of which they are released in the III century;

"The question remains of the 'catalauni', located on the south-eastern periphery of the territory of the 'remi', in the area of ŌĆŗŌĆŗthe river Marne. Like the 'remi' and the senons, their origin seems to come from long before the arrival of the Belgians and are likely to have initially constituted a ŌĆśpagusŌĆÖ linked to the ŌĆśremiŌĆÖ. 'arrival of the Belgians. "

We do not know from what source the authors have extracted that the┬Ā Catalans were freed from the┬Ā remi in the third century BC but, if confirmed, this would be the oldest testimony of the Catalan people.

And the authors add:

"The result, from what we have just seen over the Marne area, is that the 'remi' constitute a people who cannot be described as anything other than 'founder' over an area of ŌĆŗŌĆŗconsiderable extent, since it includes the territories later known as the 'remi', the senons, the 'tricasses' and the 'catalauni' [...] "

From the arrival of the Belgians, therefore, the two experts are clear that the┬Ā catalauni are forced to explore new lands and open colonies in the north and south of their territory, which was in present-day Champagne, arriving in these surveys from the south to the Iberian Peninsula and founding Catalonia. To the north they settled in Britain, in the area of ŌĆŗŌĆŗthe River Thames. giving birth to the catovellauni , British branch of the catalauni :

"It is also significant that part of this same village of the 'catalauni' will settle on the island of Brittany to give birth to the 'catuvellauni', which will be located north of the river Thames (and from this point of view, it is necessary to emphasize that this town comes from the borders of the Marne, although they are not Belgians, but they were united to the migration of these through the Channel or they followed the Belgians, such as they had done with the 'remi', who were left behind) and another group of 'catalauni' who would settle in northeastern Spain, also accompanying another Belgian people: the 'volques'. "

Thus, for Fabien R├®gnier and Jean-Pierre Drouin, and for many other scholars of the subject, there is no doubt that the catalauni are also the┬Ā catuvellauni or catovellauni , and define this town as follows:

"Small Celtic tribe of southern Gaul in Belgium who occupied the southeastern part of the Marne department and the northern part of the Alt-Marne. The etymology would be ŌĆ£Catu-VellauniŌĆØ (from the Gaul ŌĆ£catuŌĆØ, combat, and ŌĆ£ŌĆ£ vellauni ŌĆØ, the best) and therefore,ŌĆ£ the best in combat. ŌĆØThis tribe seems to have been subjected to senons and oars. "

Regarding the┬Ā catovellauni or catalauni established in Great Britain, they expand and specify the information and place us in the area of ŌĆŗŌĆŗthe current Wheathampstead:

"It seems that a branch of this people of the 'Catuvellauni' is located in Great Britain, in one of its cities called Verolamium (Wheathampstead). " 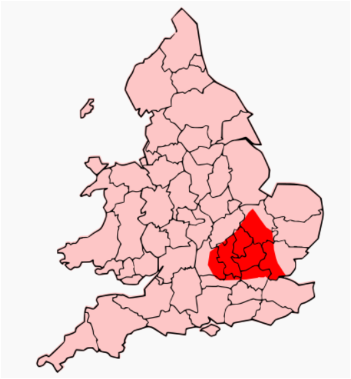 "This same tribe also settled in Catalonia (Spain, the Catalauni) ..."

To end by revealing- We know that the┬Ā Catalauni also spread to the Alps, where they became known as caturiges :

"as well as in the Alps (caturiges)".

The book explains that by the specialist Henri Arbois de Jubainville, and according to what was published in his work┬Ā Les premiers inhabitants de l'Europe (Paris, 1889), and following the thesis of the Catalan historian Pere Bosch i Gimpera , explained in his book The Celtic mouvements (1950-1955), the village of┬Ā catalauni come from the right bank of the Rhine, the German side:

"[The people of catalauni ]┬Ā would probably have reached the right bank of the Rhine should settled in the Seine basin, around 300 BC, sending, a few centuries later, a colony to Britain, according to the thesis of Bosch and Gimpera. "

But Fabien R├®gnier and Jean-Pierre Drouin do not agree with this point of view of Bosch and Gimpera:

"Our approach to the question leads us to different conclusions, in light of the discoveries made over several decades and which these historians did not have in their time. Indeed, nothing allows us to assume the establishment of the 'catalauni' in the Champagne at the same time as the establishment of the Belgian peoples (early third century BC), and less so when everything seems to indicate otherwise, that is, that its expansion was as a result of the arrival of the latter. "

For the authors, the subject of the┬Ā Catalauni covers a more general problem: what was the fate of the Celtic peoples who settled north of the Seine, before the arrival of the Belgians? In any event, are clearly part of┬Ā catalaunithey had to emigrate to the north and the south, due to the loss of good part of their territory into the hands of the Belgians, fact that caused the foundation of new colonies:

"In fact, if everyone agrees to recognize that there was indeed a Celtic settlement before this new wave coming from beyond the Rhine, no one seems to wonder what might have been of these populations. Three scenarios are possible: or they were expelled completely for the benefit of the newcomers, which is unlikely and in any case does not agree with the usual behavior of the Celtic populations, with very few exceptions, or else they were purely and simply absorbed, disappearing by complete in the mass of the Belgians, which is possible, but again exceptional in the Celtic case, or, finally, they had to abandon most (and the best) of their former territories to the newcomers after some battles. "

It is at this point that we can understand, according to experts, one of these migrations forced by the Belgians led the founding of the colony┬Ā catalauni South, which currently constitutes our Catalonia, the name of which the French historians are unclear derived from┬Ā catalauni :

"At the time when the establishment of the Belgians north of the Seine caused many disturbances in the previously settled Celtic populations, a branch of the 'catalauni', from the south of Champagne, perhaps in line with migration along the same axis The presence of the 'volciani' neighbors confirms the fact that this movement had extensions in the south of the Pyrenees, which suggests that the name Catalonia could have a common origin. with that of the people of the 'catalauni' "

of the blog 'La historia usurpada'