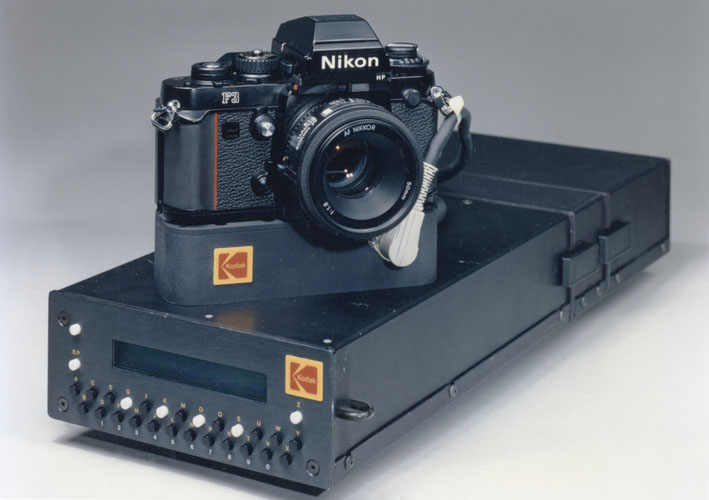 The integrated cameras were cool, but not really so practical. So for the first "production" digital camera, we returned to the tethered approach. These cameras had a backplane that would accept a variety of circuit cards, so special features could be added easily. The battery and charger were in modules that clipped on the end of the shoulder pack. 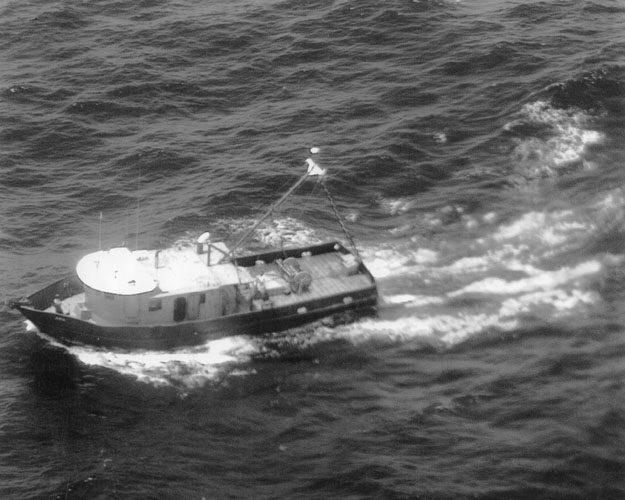 Here's a typical Hawkeye II demo image. This is a cocaine smuggler snapped from a P-3A Orion over the Atlantic in April of 1990. 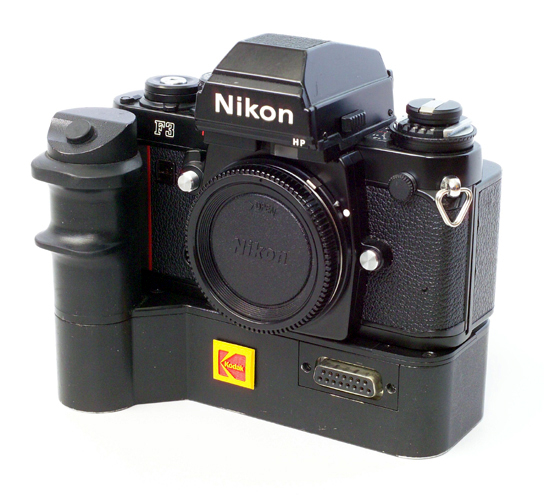 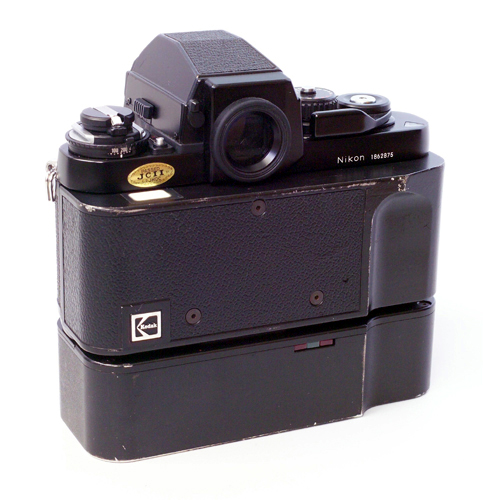 This camera head has a grip with a motor drive inside, unlike the earlier one pictured at the top. We called the motor drive unit the "adapter" before it had a motor in it. The red and green status LEDs are visible on the back, just under the top cover of the adapter. The adapter housing was milled from a solid block of aluminum and was pretty heavy, but still comfortable with a soft rubber finger grip.

This unit was rescued from the trash and donated to the Eastman House. 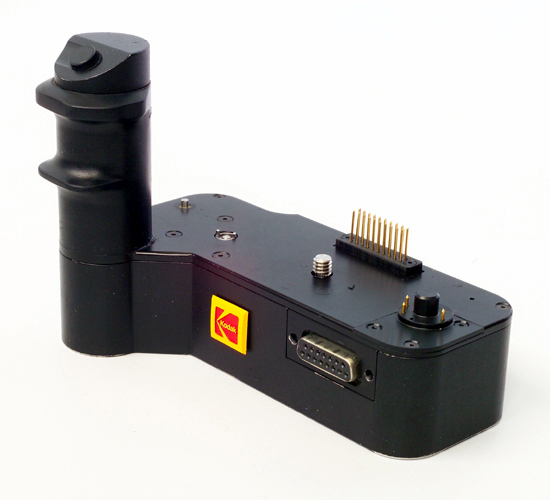 The adapter with the body removed shows the 20 pin header connector. Those pins experienced a lot of trauma when exposed! At the right, the round post surrounded by pointed "pogo pins" to connect to the F3 motor drive circuits. This interface provided a reliable control and sensing of the shutter operation.

Pop out four screws and we can see inside... 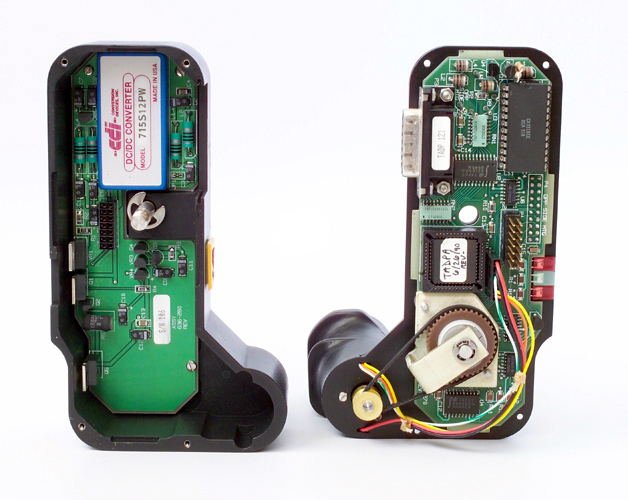 The power supply board on the left converts raw 12 volt battery power to the voltages needed for the CCD analog circuits. The board on the right holds the digital control EPLD that generates the CCD clocks, and the 8 bit A/D converter. The belt drive winder mechanism includes a slip clutch since the F3 stops the rotation abruptly at the end of the wind.

The back is almost the same as the integrated Hawkeye II back, but the A/D converter is now in the adapter. Mark Newhouse did the analog design for the Hawkeye II backs and was constantly improving the circuit to reduce noise - hence the mods visible here. Notice the brown pot at the top left corner of the board - filed down to clear the film sprocket teeth! We didn't have 3D CAD yet.

In 1991, the US Air Force flew a Hawkeye II on space shuttle mission STS-44. The camera was used primarily to capture images of things on Earth through the shuttle windows. Ron Volmershausen obtained the video below on eBay. In the video, astronaut Mario Runco explains the use of the Hawkeye II. His comment that the camera uses an "RS-232 type port" to communicate with the Tethered Electronics Module is not accurate. The DB-15 connector resembles the DB-25 used for RS-232, but the connector carried a proprietary parallel digital pixel data interface.

I remember watching this on TV at the time and it was pretty exciting. This was the first time one of our cameras was used in space, but not the last. Nearly every shuttle mission since then carried one or more Kodak digital cameras. 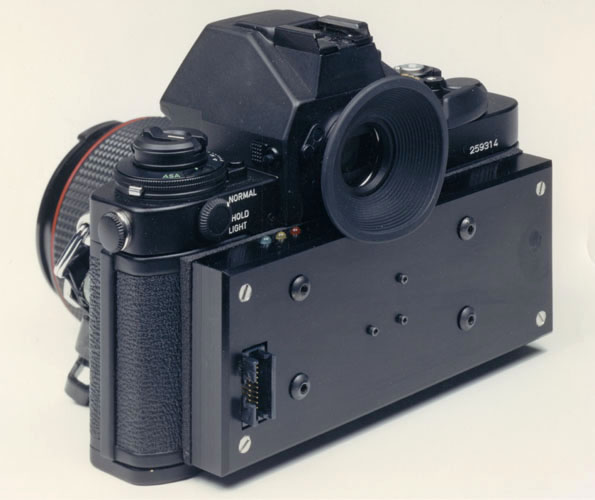 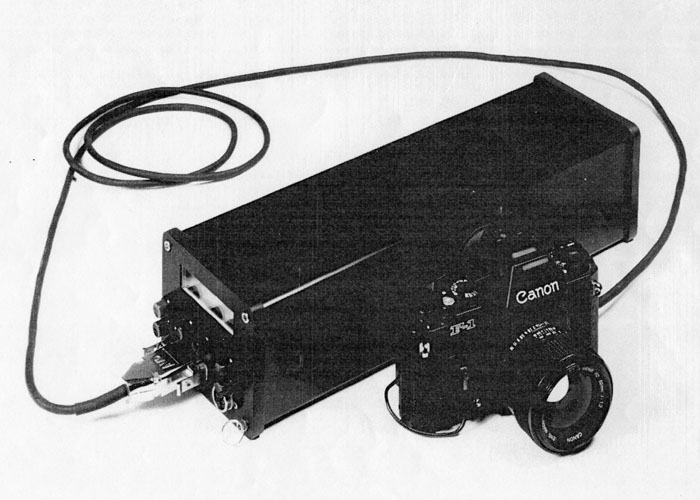 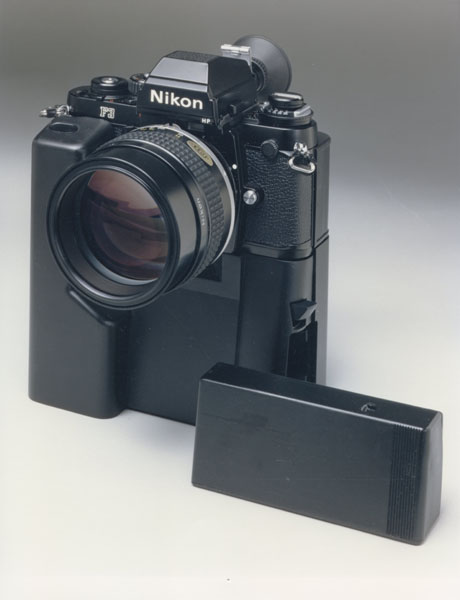 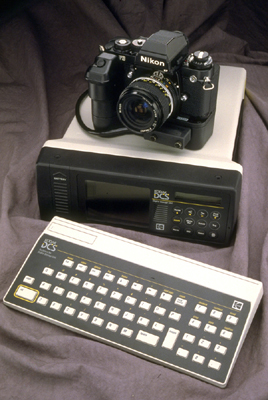