"..In 1097 some Bari sailors, on their return from the East, brought with them the relics of St. Nicholas, Bishop of Mira, for which Roger, Duke of Apulia, built a splendid church; this became the object of great veneration and of innumerable pilgrimages. About this time Urban II, being in Apulia, went to Bari to venerate the relics of the holy wonder-worker and to consecrate the basilica.."

TheÂ Kingdom of Naples (where the Apulia belongs), was conquered by KingÂ Alfonso V of Aragon in 1442 (who sailed from Barcelona with a fleet of hundreds of catalan horses). Naples had been separated From Sicily since theÂ Sicilian Vespers of 1282. At the death of King Alfonso in 1458, the kingdom became divided between his brotherÂ John II of Aragon, who kept Sicily, and his bastard sonÂ Ferdinand, who became King of Naples theÂ 16th of august of 1458. The year 1506, KingÂ Ferdinand II of Aragon, son of John II, conquered Naples and reunified the two kingdoms under the catalan authority.

After the "Low countries" become united with Naples and Catalonia under Charles V, the devotion to "Saint Nicola di Bari" (Saint Niklaus, Santa Klaus), for bringing presents to the kids, has increased in those countries.. with the tradition saying he was coming from Spain.. later on the tradition has switched his origin to the North Pole... 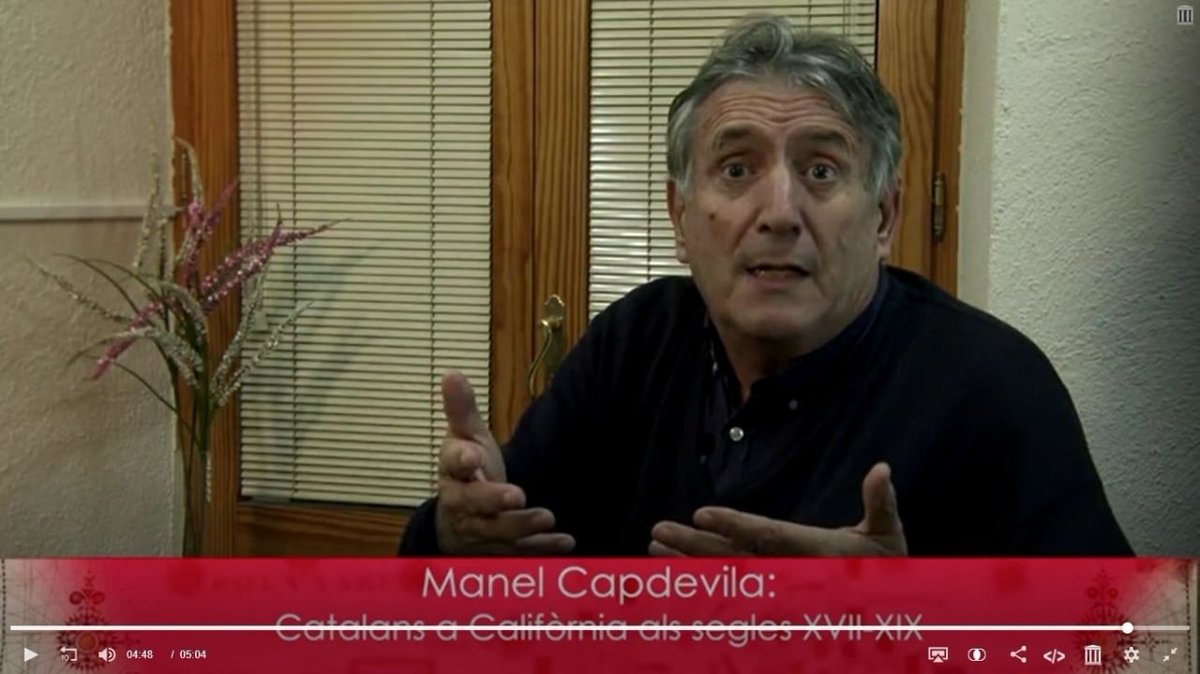 THE CATALAN-SPANISH WAY.. FROM GENOA TO GHENT

Contrary to what their name says, the Spaniards were not the discoverers or the first to use the "Camino de los espaĂ±oles", all the sections of the route were perfectly known. Just as Hannibal had used it with his elephants 1500 years earlier, traders regularly used the parts of the road linking France and Italy through the Alps, for the trade of goods between the two countries.

What the engineers ofÂ Philip I of Catalonia did in 1565 was to rethink it as a unitary set from end to end, some of its sections were redesigned and expanded, making it a military layout for future users. All this happened at the time when the King of Spain needed to transport troops to the Netherlands, which pushed him to take advantage of the passage through his own territories, adding some neutral territory. For this reason, the commanders of the tercioof Flanders have been given the merit of the overall design of this road, which must be remembered began in two Catalan ports: Barcelona from where the "tercios of Flanders" and Naples (with the "tercios of Naples") departed.

During the global tour to go from Milan to the Netherlands by land (which was already used during the reign of Charles V), sixteenth-century travelers had to overcome many obstacles, such as crowning high mountain passes, crossing large rivers, lush forests, and paths full of criminals. Therefore, it was necessary to find a route that would outline all these obstacles, for a safe and easy place to travel there. TheÂ path of the Spaniards (in fact the Catalan Road) proved to be the answer, with the following route through their own territories under the rule of the King of Spain:Â Duchy of Milan,Â Franche-ComtĂ©, Burgundy,Â Luxembourg, allied territories (Savoy) and neutral territories (Lorraine).

The layout of theÂ Spanish road was a great improvement over the previous system for moving troops through these territories. It must be said, however, that the maps used by the Spanish expeditions only had the information regarding military matters, excluding any other detail. However, this forced the armies to use guides and scouts when crossing the terrains they did not know, since their very generalist maps did not serve to guide them through them. On the trip an average of 12 miles per day was made, in 1577 Spanish veterans returning from the Netherlands walked 15 miles per day due to the heat, while in 1578, they averaged 23 kilometers per day during a cold month of February.

For military purposes, the Path of theÂ Spaniards was first used by theÂ Duke of Alba in 1567, and the army that last used did so in 1620.

MACHIAVELLIAN PACT OF FERDINAND THE CATHOLIC IN 1493 IN BARCELONA PROMISING TO LOOK THE OTHER WAY AND LET CHARLES D'AMBOISE CONQUER LOMBARDY AND NAPLES TO END UP BEING KING OF NAPLES. CONQUERING IT FROM THE FRENCH AND NOT BEING ONE BY NOT HAVING TO WAGE A PARRICIDE WAR AGAINST THEIR COUSINS KINGS OF NAPLES TO ACHIEVE IT

With the fall of Ruad in 1302, the Kingdom of Jerusalem ended up losing what was left of its possessions on the coast of the Middle East, its closest possession to the Holy Land became Cyprus. Henry II of Jerusalem retained the title of King of Jerusalem until his death in 1324, and his successors, the kings of Cyprus, continued to claim their title, until Cyprus fell into Ottoman hands.

Henry IV of England made a pilgrimage to Jerusalem in 1393/4, and then promised to lead a crusade to reclaim the city, but no longer undertook any campaign before his death in 1413.

By papal decision -Â Jerusalem -> Charles I of Anjou

While Naples was a papal fiefdom, the popes often accepted the title of King of Naples and also of "King of Jerusalem", leaving the history of the title tied to the Angevi Kingdom of Naples, since its founder, Charles of Anjou, had bought in 1277 the rights to the throne of Jerusalem from Mary of Antioch. Thereafter, this claim to the Kingdom of Jerusalem was treated as part of the crown of Naples, which changed hands by will or conquest rather than by direct inheritance, contesting the title of king of Jerusalem among those who claimed to be entitled to the kingdom of Naples. Charles I of Anjou is succeeded by his son Charles II of Naples, who married Mary, daughter of Stephen V of Hungary, and his descendants, divided into two branches, bear the titles of Naples, Jerusalem and Hungary until in 1385, the branches are joined together in the figure of Charles III of Naples.

By right of conquest -Â Jerusalem -> Alfonso the Magnanimous

His daughter, Joan II of Naples, cedes his rights to Alfonso the Magnanimous who nevertheless has to wage war against the Anjou, a war he won in 1435 and became king of Naples "by right of conquest". He is succeeded by his bastard son Ferrante (Ferdinand I) and then Alfonso II and Ferdinand II of Naples.

Ferdinand I, to be crowned King of Naples Callixtus III (Alfonso de Borgia), upon his death is succeeded by Pius II who ends up legitimizing Ferrante as Ferdinand I.

Alfonso II after being invested by Pope Pius II abdicates in favor of his son Ferdinand II of Naples. But in 1495 after the Treaty of Barcelona of 1493 Charles VIII of France began the invasion of Lombardy and Naples with Charles d'Amboise at the command of all forces. Interestingly, Leonard will die at Clos LucĂ©e in the Castle of Amboise

Ferdinand II of Naples. With the invasion by the French troops of Charles VIII. The city of Naples was besieged and Ferdinand II was forced to flee to Ischia, where he organized a Catalan league against the French king. On his departure from the Neapolitan capital (1496), Ferdinand II defeated him with the help of the Catalan troops under the command of the Grand Captain, and when Ferdinand II, the Neapolitan throne, died, he was able to pass to Ferdinand the Catholic. .

With the Magnanimous, the Crown of Jerusalem remains linked to the TrastĂ¡mara branch, although the Anjou continue to claim their rights, hence the coat of arms of our Good King Rene

By right of conquest -Â Jerusalem -> Ferdinand the Catholic

Ferdinand the Catholic in the Treaty of Barcelona of 1493 in order to recover Roussillon and Cerdanya ceded as a pledge in exchange for French aid to John II during the Catalan Civil War, secretly agrees with Louis IX to look the other way and let him invade Italy, it is a "Machiavellian" manoeuvre because so, to recover it, he will have to fight the French and not his cousins. Finally the domination of the French ends with their defeat at Cerinyola in 1502. Then the Crown of Naples (and with it that of Jerusalem) is linked "by right of conquest" to Ferdinand the Catholic and the Crown of Aragon, not to that of Castile.

Physically the entire Middle East remained under Ottoman control from 1517 until the Partition of the Ottoman Empire in 1918. 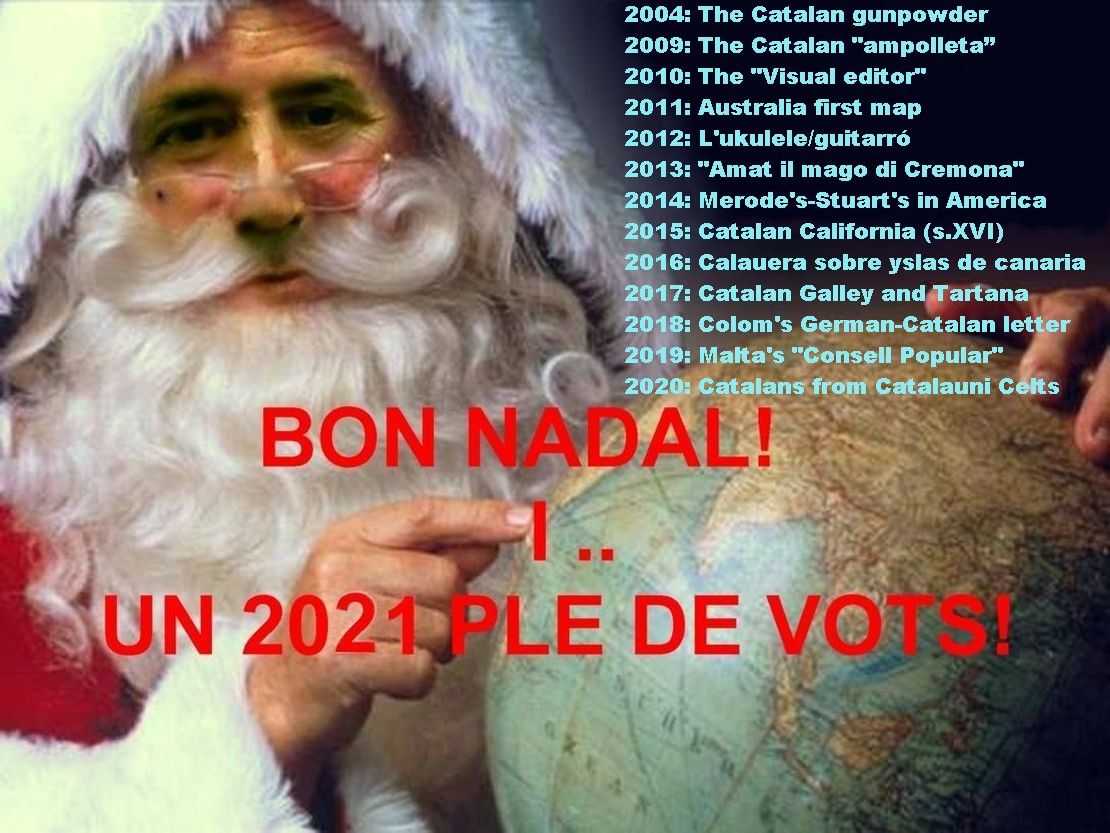