The theory of the possible¬†Catalan Discovery of Australia is based on the assertion that some sailors arrived on the island 200 years before Cook, since it is mapped on vallard maps of¬†1547, found at the end of the 18th century, in a world Atlas that has been preserved.

However, it was not until the¬†17th century that the island was the subject of further European explorations.

Australia has long known itself as¬†New Holland and¬†Abel Tasman gave its name to the island of¬†Tasmania. 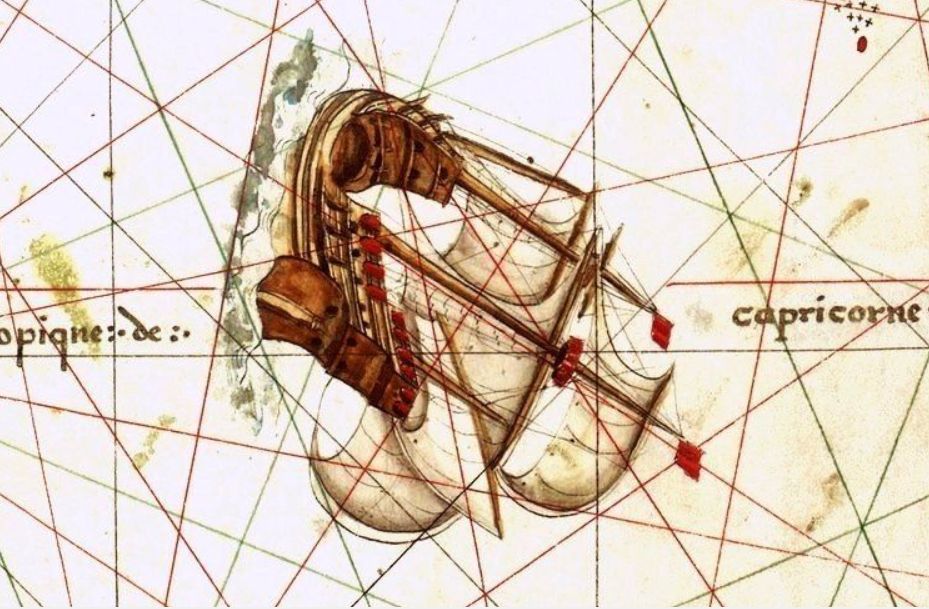 Official historiography gives the Portuguese the credit of being the first Europeans to explore at least the coast of Australia, specifically Cristov√£o de Mendo√ßa in 1522. Later, in the seventeenth century, there would be explorations carried out by the Dutchman Willem Jansz in 1606, the Galaico-Portuguese in the service of the Habsburgs, Luis V√°ez de Torres, in 1607 and the Dutch Dirk Hartog, in 1616, Jan Carstenz,in 1623 and Abel Tasman, in 1642. The latter gave its name to The Island of Tasmania.

The problem, however, is that the Portuguese, legally, could only explore the western part of Australia.

The Treaty of Zaragoza

Indeed, the so-called Treaty of Tordesillas of 1494 (because it should be said of Barcelona, since it was in this city where it was negotiated) divided the world into two areas of influence: east of the Tordeillas line, for Portugal and, to the west, for Catalonia (Castile according to the official historiography contradicted by numerous maps of the 16th and 17th centuries where America appears full). When, a few years later, we stumbled upon the Portuguese again, now in the Pacific, the Treaty of Zaragoza was signed in 1522, which definitively divided the planet. The west of this line for Portugal, to the east by Catalonia (the argument of official historiography is also intertounded by numerous maps of the time described).
Catalan New Guinea
As an anecdote, we must say that the current division between the states of Indonesia and Papua New Guinea on the island of New Guinea follows the line of the Treaty of Zaragoza. It should also be noted that, in the negotiation of this treaty, counterfeit maps were used to bring the Philippines into Catalan orbit. It was people with roots in places of the old world who baptized the place names of the new world, New Guinea named it a Catalan comparing it to our African Guinea, which had a fleet of Africa, so we had posessions..

The eastern part of Australia, therefore, corresponded to us.

The first map of Australia known to Europeans corresponds to this eastern part, and is from 1547 There are multiple place names that identify it as a Catalan author map.

Because for official historiography the Catalans have disappeared from history since the time of the Catholic Monarchs and have not played any role in any relevant fact since then, historians who have examined this map have not been able to recognize the language with which this map was made. To explain the linguistic particularities of his toponymy, a non-existent French-Portuguese language or slang has had to be invented which, on the other hand, clarifies nothing.

And as for the Portuguese language, we can judge ourselves which language lies behind the place names identified by Manel Capdevila.

science Catalonia being distributed on both sides of the Pyrenees played the role of "last tenor" of these sciences before moving to Europe. The Basque country with a similar position (Hendaya), lost this option due to its natural isolation,(it was not dominated by Romans, barbarians, or Arabs, hence why they have maintained their primitive language...)


It is of all known that alchemy as other sciences: algebra, (al-) astronomy..., were introduced by the Arabs to Europe during the Middle Ages, through the Iberian Peninsula, amalgamated by them from nearby cultures: Greece, or distant: China/India.., depositing knowledge in the manuscripts of our monasteries. from copyist to copyist, to European monasteries.

According to "De Alquimia" by Michael Scot, (3 manuscripts 1180-1236) James I already had to manufacture his gunpowder, the only salnitre supply of all Christian Europe: the salnitre of the CAVE OF THE RAT PENAT of Collbat√≥


Medieval¬†Catalan science opened many fronts, among which we can mention: military conquests with¬†Catalan gunpowder, arriving with the help of our astronomers (in the form of instruments, maps and tables in the domain of navigation in the¬†Mediterranean, Atlantic and Pacific with¬†catalan astrolabia, Catalan maps, Catalan tables (Zacuth declares his origin in "Northern Catalonia" in the prologue of his tables) and finally the Catalan bottle, only possible in Catalonia and Alexandria¬†(according to Waters and Vernet) with the formulas of "lead glass" by the Catalan Carmelite Guillem Sedacer collected in seven medieval manuscripts in Latin (with an eighth falsely attributed to William of Ockham). The latter helped to know to estimate the position of the ship and the territories (even the length) with more than good precision for the time in question, to the pilot Francesc Alb√≥ de Rodas=Roses of the Magalhaes expedition organized with commendation signed by Charles I¬†in Barcelona in 1519 (document saved in the Torre do Tombo -de la nao captured by the Portuguese -published by the Hakluyt Society in 1850 and which to be ignored by Navarrete in the 18th century


The bottle helped to estimate the position of the ship and the territories (even the length) with more than good precision for the time in question ‚ÄďMagalhaes loaded 18 in Barna for the trip... It was essential to The Columbus itself as well as to the pilot Francesc Alb√≥ de Rodas=Roses of the Magalhaes expedition organized with commendate signed by Charles I in Barcelona in 1519 (document kept in the Torre do Tombo -of the nao captured by the Portuguese -published by the Hakluyt Society in 1850 and that was ignored by Navarrete in the 18th century

From 1519 and by the Treaty of Zaragoza, the Pacific was "El lago espa√Īol"
Charles V ordered to burn all the maps of the Pacific but some spies sold the information to those of¬†Dieppe, (in Vallard it could be Catalan according to Lleonard of Girona)

Between 1762 and 1764, the capital of the Philippines, Manila and the main port,¬†Manila,¬†Cavite, they were¬†occupied for 20 months by the English


A number of Indian soldiers known as¬†cipayos deserted British forces and settled in¬†Cainta, Rizal, which explains the only Indian characteristics of generations of Cainta residents. [17]

Many navigation charts, rare Maps of the Pacific (later used by James Cook in his discoveries[18]), valuable oil paintings by Spanish artists from the Governor's Palace in Intramuros, historical manuscripts and official documents, precious books, letters and papers of religious orders, along with packages of first source materials about the¬†17th century Philippines were expropriated by Dawsonne Drake and his successor,¬†Alexander Dalrymple, and eventually ended up in the British¬†Museum.[19]

Many of this maps were bought by Baronet Banks, head of Cook's expedition to the Pacific. and so Cook sailed with Spanish maps (-Catalans apparently)

The conflict over Spain's payment of the pending bailout promised by Rojo in the terms of surrender, and compensation for Britain for the excesses committed by Governor Drake against Manila residents, continued in Europe for many years afterwards. [20] Top√≤nims que apareixen al mapa¬†Australia first map i que els estudiosos del¬†segle XIX identifiquen com "Argot franco-portugu√®s" a l'estudi fet sobre el mapa original de la Huntington Library, H.Harrisse diu textualment: "Probably made in Dieppe, France either by a Portuguese cartographer or based on a Portuguese prototype, judging from the Portuguese influence on the geographical names..." [2] In Portuguese "island" has always been written "ilha", with "ll", it only exists in Catalan.

Collection of the trips and discoveries they made for ...

Mart√≠n Fern√°ndez de Navarrete - 1837 -¬†Read
Mart√≠n Fern√°ndez de¬†Navarrete. Following Friday... 29 and it 5 Wednesday we subsided the night from past five¬†ampoules to the day: this same day I walked fourteen leagues * Thursday we ran for the same defeat ten and eight leagues.
Notes