DID THE ROMANS ALREADY EAT CALĂOTS?

The Roman origin of calĂ§ots

Since long before theÂ calĂ§otada was so popular, I knew it, although the truth is that I love the calĂ§otades, for the meeting and the party that involves organizing a calĂ§otada.
CalĂ§ot is one of the most emblematic dishes ofÂ Valls (Tarragona)

CalĂ§ot owes its name to the special way of growing onions. Soil is added to its base so that the onion grows along in search of the sun it "calĂ§ar" with more soil. This process is repeated 2 or 3 times during cultivation, until a long enough white part is achieved, they are eaten accompanied by a typical sauce.

I leave you the recipe that I prepare -All this crushed:

1 pepper choricero
4 ripe tomatoes.
1 head of garlic.
1 glass of olive oil.
150 grams of almonds.
1 slice of stale bread (or fried bread).
You have to roast the tomatoes and the garlic head.
History
The origin of calĂ§ot is attributed to a peasant fromÂ Valls, in Chat de Benaiges, in the late nineteenth century. According to what is said, this peasant burned some sprouts of old onions on the fire, but instead of throwing them away he peeled them and tasted them. That's how he found that his interior was very sweet.
But the discovery of a fresco in a Roman villa seems to show that calĂ§ots were already eaten.. in the Roman Empire.
LĂĄszlĂł Borhy a Hungarian archaeologist discovered in an excavation in the Hungarian city of Brigetio, in the summer of 2000, a painting in a Roman villa of the third century AD. The fresco apparently shows a slave (for its tunic), eating a long onion, with raised hand and looking up. Bowls with an orange sauce also appear, which makes you think of the one that accompanies the calĂ§ots. 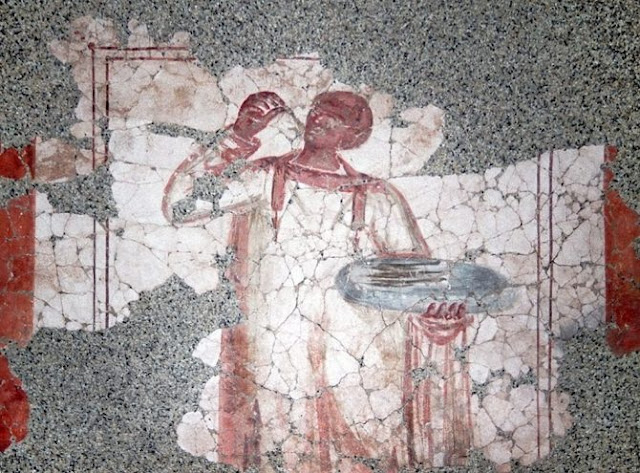 The painting is currently in theÂ Klapka GyĂśrgy Museum in Szony Hungary.
Ancient literary sources prove that the Romans ate a type of grilled onion calledÂ PorrĂşa capitatus, which could be the antecedent of calĂ§ot and which is the one eaten by the slave of the fresco.
Onion in the Roman world was an important food, which was not only used in some dishes, but also to cure diseases.
In De re coquinaria by Apicio there are different recipes on how to prepare porrus capitatus. 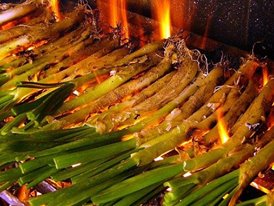 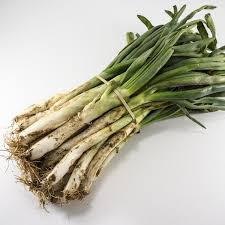