i a UK amb Jacobo I Estuard Flag hoisted at the poop (9 stripes)

Flag hoisted at the bow

Flags hoisted at the mastheads

The flags with same design were hoisted at three mastheads of the ship. 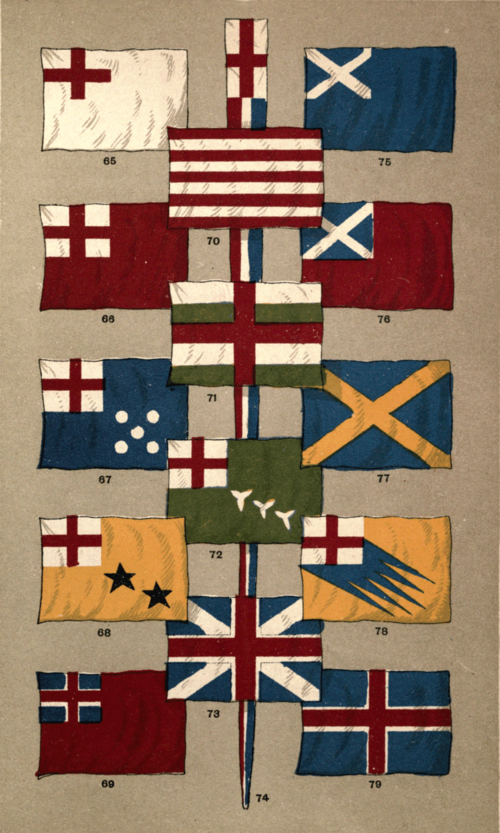 I notice the article has aquired a panorama; I've moved it down, as it was too obtrusive parked in the middle of the History section. I've also converted it to a normal image file.
The caption there (and on the image) said "At least two catalan flags hoisted on two Armada ships against what it has been said officially in the spanish records" which seems prety dubious, so I've brought it here for discussion.
I presume it refers to the red-striped flag on the foreground ship; is there any evidence this flag represents Catalonia? The figure referred to as Elizabeth I has the same flag, as does the ship ahead of the galleass, together with the flag of St George; so I'd hazard a guess the flag in question represents England. And the List of ships of the Spanish Armada doesn't mention a Catalan squadron. Does anybody know any more about this? Xyl 54 (talk) 15:24, 6 October 2011 (UTC)

Well! here is the point! St.George's cross has never been a Castilian sign.. but.. a Catalan sign!... Philip V has banned it in the Nueva Planta decrees.
Flags explanation... besides.. look how different is the Crow's nest of the ship with the Tudor flag, from the two ships I've pointed as catalan
St.George cross in Lepanto
St.George cross with Jaume I
I have a bunch of books prior to 1969 that in the list of armada ships do not mention La Girona (can it be more catalan?), of course after the wreck was found they couldn't deny it.. but saying the name came from his owner, someone undocumented called GirĂłn
Mixture of St.George cross with catalan flags...England won..the ship that's sinking half top-left.. must be spanish.. look at the flag&aft-castle&crow's nest...
--Mcapdevila (talk) 09:59, 7 October 2011 (UTC)

OK Manuel; first of all, your edits posting of the picture here, and on Commons, look like you are trying to make a point, and are contrary to WP policy on maintaining a neutral point of view.
As far as this article is concerned it was the armada of the King of Spain and "was composed of 151 ships, 8,000 sailors and 18,000 soldiers, and bore 1,500 brass guns and 1,000 iron guns"; where they came from, and where their crews were born, is not an issue for this article, though it might be relevant at the "List of Ships" article. If you have a reliable English language source that describes a Catalan squadron in the Armada, or lists some specifically Catalan ships, then you should suggest itâ€™s addition on the talkpage there.
The issue for this article is whether it is improved by the addition of a panoramic view of Senyeresâ€™ painting, which Iâ€™d say is borderline. Iâ€™ve made some improvements to the arrangement and positioning of it, but what it does not need is a caption seeking to make some point about Catalan nationalism. Do you see? Xyl 54 (talk) 14:35, 7 October 2011 (UTC) 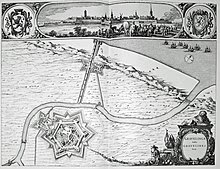 Gravelines coast with no cliffs. 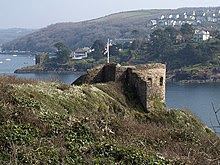 So now the caption reads
"A painting of Nicholas Hilliard (who fought in the battle), showing the "Invincible Armada" sailing off the "cliffs" of the coast of Cornwall (mistaken by some authors, for the Gravelines coast, wich has no "cliffs" at all). At least two Spanish flags hoisted on two Armada ships, one in the center of the picture. (Not to be confused with that of Elizabeth I watching from ashore)."
which is pretty pointy.
It is also Original Research; what is the source for any of the statements made? The only neutral thing that can be said out of this is that it is a painting by Nicholas Hilliard, and that it depicts the Armada.
So I suggest the caption "â€śThe Armadaâ€ť by Nicholas Hilliard". OK? Xyl 54 (talk) 13:58, 8 October 2011 (UTC)

I have removed all catalan references so please stop talking about INH whatsoever..
I have no references for Plymouth (although obvious) but I inserted the refs. for "red+and+yellow+spanish+ensign" do you want more? Relating to the "borderline" you stated.. I will add that "Una, grande y libre ended in 1978..thanks for your impartiality (when you said it was an english flag you were not impartial at all..)--Mcapdevila (talk) 14:22, 8 October 2011 (UTC)

You need to stop edit warring over this, and come to an agreement.
And thank you for the reference, but you are missing the point.
You've stated that this is â€śthe "Invincible Armada" sailing off the "cliffs" of the coast of Cornwallâ€ť and that some authors â€śmistakenlyâ€ť say these are the Gravelines coast; how 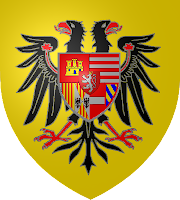 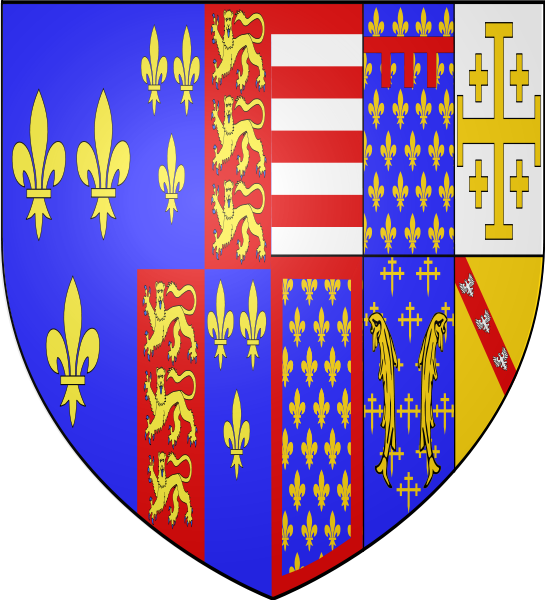